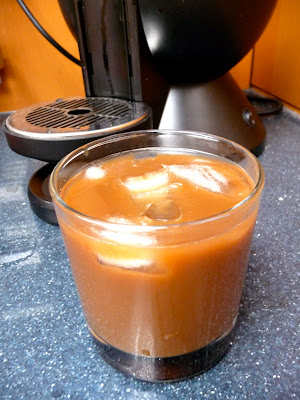 Sundays don't really feel like Sundays in August. They are sort of a soft, wimpy version of a real Sunday —I mean, they are still fun and ok, but they don't really feel like a break from the rest of the week. At least not here, where everyone has gone on vacation and nobody will be back until around the 20th. That's Europe for you. When I was little, in the early 80s, if you were not going anywhere in between the 10th and the 20th of August you had to stock up. I'm not joking. Everything was closed, and when I say everything I mean it. Grocery stores were closed, for crying out loud.

Nowadays things have changed and some stores and restaurants are open even in mid August, but one thing hasn't changed: everyone is gone. Well, everyone except me. I'm here, sitting on the couch, watching the rain fall on this dreary Ferragosto (August 15th), feeling a little bored and a little blue. The forecast promises me better weather tomorrow, Tuesday and Wednesday and then, Thursday, I'm going on vacation so —really— I shouldn't feel too bored or too blue. I do have things to do, mind you, but they happen to be the kind of things I don't feel like doing at the moment, like laundry or packing for my trip.

What I need this morning is a pick-me-up and —although the weather surely doesn't make it feel like it's the middle of August— a nice, Spanish-style iced coffee is in order. Next week I'll be sipping many of these in Barcelona and that, I have to admit, immediately makes me feel less bored and blue.

Fill a tumbler with ice cubes.
Make a good, strong espresso, stir in sugar until it dissolves, stir in milk and pour over ice. Mix until cold and enjoy.
Cooked by Chiara "Kika" Assi at 6:59 AM