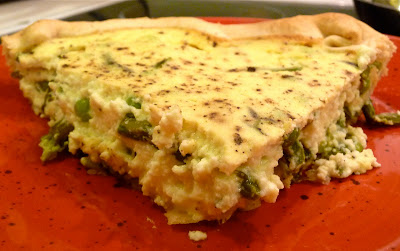 So where do I disappear when I don't post for a week? Nowhere exciting. Most likely my couch. That's where I've spent most of my time lately; that and dashing around the house trying to pack stuff before leaving for Europe. Since the house needs to be put on the market and everything needs to be packed, the packing is as crazy as it gets, as I try to decide what to bring, what to put in the storage and what to give away.

Because although I've moved several times in my life, so far I have not been a good moving person. But I plan on changing that this time around. I have about three weeks to get my shit together, which means that I'll probably wait until the last four days to really do something useful. Because, who am I kidding? That's the way I am.


So far, the only good thing I've done is cooking out of my pantry and freezer, trying to get rid of all this food that's around house. Granted that Tommy will stay behind and will have to eat for a couple of months without me, still I feel it's a good idea to get rid of some food. Which brings me to this savory pie that I made, or quiche if you will, a creation that put together refrigerated pie crust, leftover asparagus, frozen peas, eggs and cheese. You can always count on a quiche to get rid of lots of ingredients.

Grease a round pie pan and unroll the pie crust on it.

In a bowl, mix eggs, cheeses and vegetables and season with salt and pepper to taste. Pour mixture into pie crust.