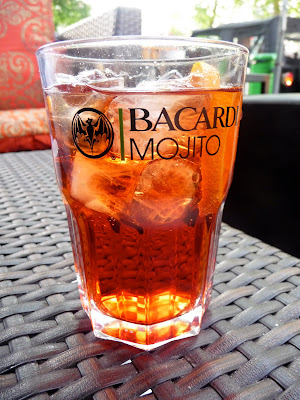 This, I have to admit, is sort of a nonsense since this incredibly popular cocktail was invented in Florence. Still, I have a hard time imagining any apertivo in Milano without the cheerful reddish orange drink sitting on almost every table. The Negroni, and it's lighter, girlie version the "sbagliato", aren't timeless classics like —say— a stiff martini or a Manhattan. They are evolutions. They are hybrids. They are old and modern at the same time.

So how exactly did the Negroni become the Negroni? Well, we have to go back to the 1860, when a drink made of bitter Campari and sweet vermouth, topped with a splash of soda water became popular. Since Campari was produced in Milan and vermouth in Turin, the cocktail was called the Milano-Torino and, other than becoming an Italian favorite, it also quickly grew in popularity with Americans, which is why later on the drink was renamed "Americano".

And that was just the beginning. In 1919, at Caffè Casoni in Florence, Count Camillo Negroni asked the bartender, Fosco Scarselli, to strengthen his Americano by adding gin rather than soda water. The drink was an instant success and it was named after the Count who, I'm guessing, didn't live very long if he drank a gin and campari mixture on a daily basis. Anyhow, many Italian and international drinkers quickly became fans of the cocktail, including Orson Welles who discovered it while filming "Cagliostro" in Rome and wrote, rather enthusiastically, that "the bitters are excellent for your liver, the gin is bad for you. They balance each other."

On to the Negroni "sbagliato", which literally means "wrong" Negroni and features spumante brut instead of gin. I have to admit that I like the Sbagliato more than I like the Negroni itself, mostly for sentimental reasons. The Sbagliato was invented in the 60s in Milano, at Bar Basso, an old fashioned, wonderfully aged bar and cafe' not far from the house where I grew up. When I was a child, my parents would go there to have a drink before dinner and while they enjoyed their cocktails I devoured bowl after bowl of chips and green olives while happily sipping on mineral water. It was a family ritual that made me feel like one of the grown ups and I enjoyed it particularly because I was the only kid sitting at the fancy tables on the sidewalk. When twenty years later I took my first sip of Negroni sbagliato I had no idea it was invented at the Bar Basso, but now that I know it, I like it even more.

Fill a tall glass with ice cubes, add the liquid ingredients and stir gently. Garnish with a slice of orange.

Fill a tall glass with ice cubes, add the liquid ingredients and stir gently. Garnish with a slice of orange.
Cooked by Chiara "Kika" Assi at 4:04 AM

Email ThisBlogThis!Share to TwitterShare to FacebookShare to Pinterest
Labels: Cocktails