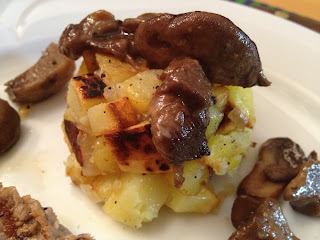 I'm soooo tired these days. Last night I had the closing shift at the newspaper and afterwards, I stayed up drinking beer and watching The Mentalist until 3 am. Not smart, I know, but I have such a hard time unwinding, especially after a night like last night, when people seem to drive you crazy on purpose. When the alarm went off this morning at 9, I was tired, but thought I felt pretty good for how little I had slept. It's now 11:24 and I just hit a major wall. I could curl under my desk and go to sleep. Instead I have an interview to transcribe, pages to take care of and the thought that tonight it's Christmas tree/decorations time!

Of course I could sleep during the weekend... not this one though. Friday morning I'm leaving for Zurich, so I guess I won't be sleeping too much. Oh well. Thank God the weeened after that is a four day weekend, so I guess I'll have plenty of time to nap then!

As for my "detox diet" (read: I have to shed at least 4 pounds because I hate the way my jeans fit me right now) it's going well. I bought a really cool cookbook called "Ammazzacicca" which literally means "fat killer". Gotta love that. There's all kinds of good recipes, all under 500 calories, so I'm enjoying food, yet losing some weight. So far just .5 kilos (1 pound), but hey, I've only started on Monday. Here's a good little recipe for you: simple, yet very satisfying.

Sautèe shallots in olive oil, remove from pan with a slotted spoon and set aside. In the same pan add potatoes and minced herbs, season with salt and pepper, cover and cook for about 7 minutes. Remove lid and cook for another 7 minutes. Add shallots.

Place potato mixture in a muffin pan to give it a cup shape.

Sautèe mushrooms and garlic in the same pan for about 5 minutes. Season with salt and pepper.
Serve potato cups with mushrooms on top.
Cooked by Chiara "Kika" Assi at 5:19 AM