Things I loved about Berlin 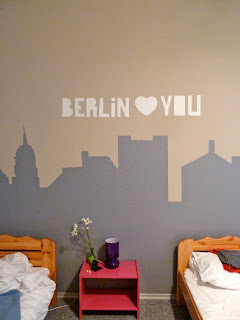 The Riverside Lodge Hostel, Berlin's tiniest hostel. And I'm not exaggerating: it consists of two rooms and two bathrooms, all spotless and clean, with cool murals and a super nice host, Enrico. The bed was comfy and warm and I loved how everyone had to take their shoes off at the hostel entrance. 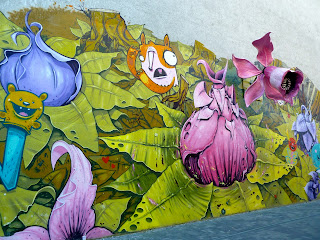 Art on every wall, around every corner. Even at a small playground in the middle of the Turkish quarter. My playground, as a kid, never looked this cool. 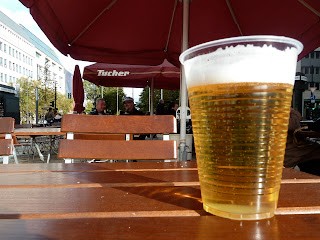 Beer gardens. Despite the temperature (it barely broke 50F during the warmest hours of the day) everyone enjoyed sitting in the sun, sipping on a good, cheap, draft beer. 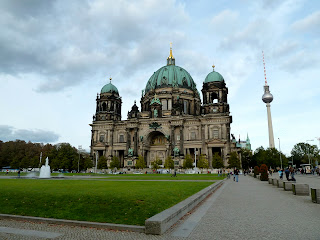 The incredible architecture. The Berliner Dome and the Alexanderplatz needle are just two of the many amazing buildings you see as you stroll down the roads in Berlin. 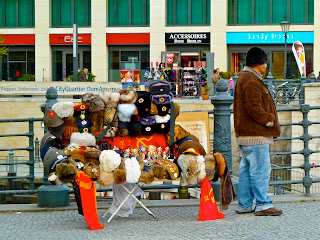 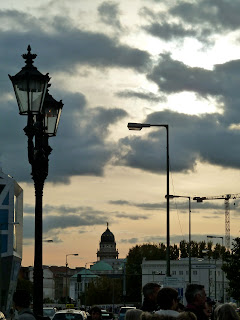 The sky over Berlin. No wonder Wim Wenders named his movei, Der Himmel uber Berlin, after it. It's temperamental and dramatic, just like the city below it. 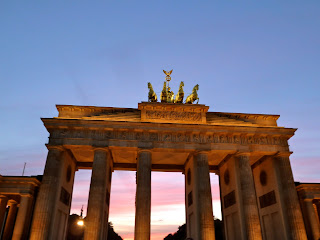 Branderbourg Gate. Because seeing it on tv is one thing. Hanging out below it, remembering people cheering for their newfound freedom in 1989 is priceless. 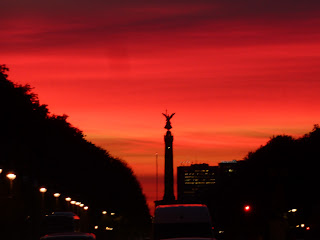 Amazing city sunsets, which are always my favorites. Because let's face it: it's easy to see a great sunset on an island in Bora Bora, but it's much more scenic when you see a monument in the way. 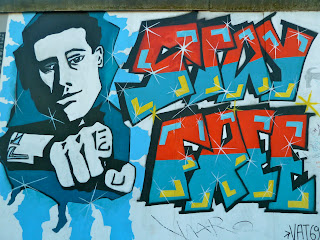 The East Side Gallery, aka what remains of the Berlin Wall. Hundreds of incredibly gifted artists from all over the world have contributed to transforming a symbol of repression into one of freedom and hope. 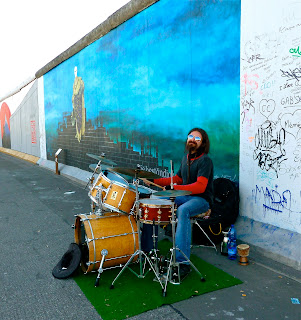 Street musicians, playing, singing and smiling despite the cold Northern wind that blew relentlessly throughout the day. 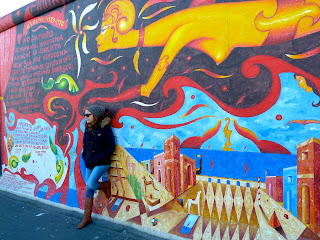 Feeling part of a history that, until now, I had only seen on tv and read in books. 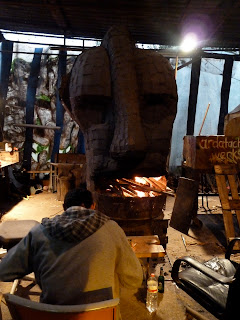 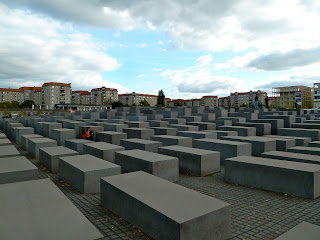 Paying my respects to the victims of the Holocaust. A sobering experience that anyone who's visiting Berlin should partake in. 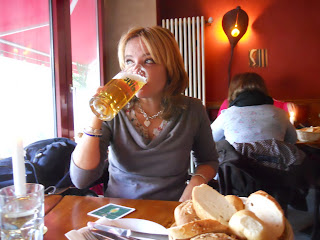 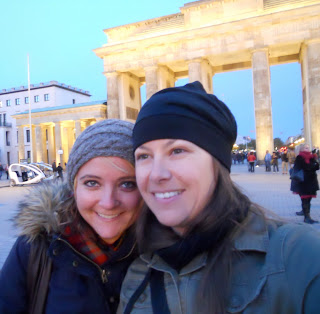 And most of all, hanging out with my old friend Cass, who invited me to meet her in Berlin while she was visiting the city.