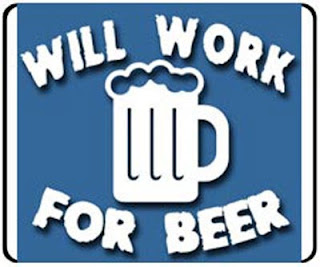 I don't want to be a Debbie Downer and ruin everyone's day, but the announcement has to be made: I got sacked yesterday. No. Wait. That's not the right way to say it.To use their words, my position was eliminated. Because saying so makes it sooooo much better, you know? Anyways, I am now officially jobless, one more unemployed journalist out there in a world that is literally up to its neck in unemployed writers and reporters.
Every cloud has its silver lining, though. First of all it was good to see that some people actually care about what I did and what I will do. Then there is the fact that finally I have some real free time to work on stuff that I actually give a rat's ass about —this blog for instance and my two novels that sit there unfinished. Also, I now have the possibility to get the hell out of here and spend the summer somewhere nice, like Italy perhaps. And I wasn't going to say anything because I didn't want to jinx myself but, you know, what the heck. I'm going to tell you about it. In December, when I didn't know I was going to get canned, I had applied to go to graduate school. So there. I had something else planned anyways, something far more exciting that rotting away in Naples, Fla.
And then, of course, there is the beer. Because when you are unemployed, it's ok to have beer for breakfast. Too early in the day, you say? Nah. It's my unemployment party, and I'll drink beer if I want to.
Cooked by Chiara "Kika" Assi at 10:33 AM