My second day in London was awesome. Filippo had the day off, so we got to hang out together all day, which is always awesome. We dedicated the afternoon to the exploation of one of my favorite neighborhoods in London: Notting Hill. I hated the movie, but absolutely love the streets and stores and market stalls you find there. It made me wish I could ship a crate of furniture, books and knick knacks back to Switzerland, but since I couldn't I had to restrain my self and refrain from buying everything I saw.

It was hard. It was very hard. 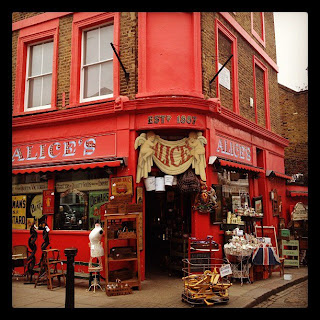 I mean, how can you walk into Alice's and not buy an old wooden coffee table you absolutely have no room for or a trunk that will only set you back 300 dollars or so? I didn't actually buy any of the above, but had I been there by car I would have. So, good thing I was traveling by train, I guess. 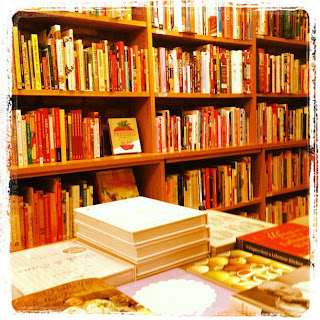 Only a few doors down Portobello road I found another store that me want to move to London instantly. It's called Books for cooks and, you've guessed, only sells cookbooks. Again, I had to refrain from buying everything in there and my heart ached for all my wonderful cookbooks I've left behind in Florida. I know I'd never have the time to use of all them, but it's a collection. It exists purely for the purpose of pleasing me, no matter how useless and bulky a collection it may seem. And, as collections go, actually, it's far more useful than others. Stamps, for instance. Or coins.
I manged to leave the store with only one purchase, a British food book called, well, British Food, which I selected both because I thought it would have been dumb to by an Italian cookbook in London and because it was fairly small. I could have (and would have) spent the whole afternoon there, but Filippo was fidgeting, so I figured that a half hour was enough for him. The poor guy was already putting up with my obsession to find a grey coat (which I didn't find, by the way), so I decided to go easy on him with the cookbook shopping. 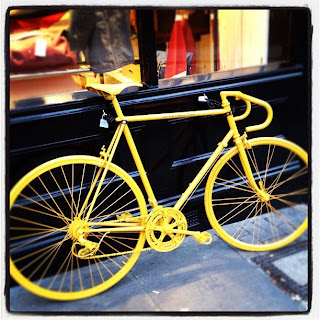 We then kept walking around Portobello road, which is really as charming as in the movies, full of little quirky details and even quirkier little stores. 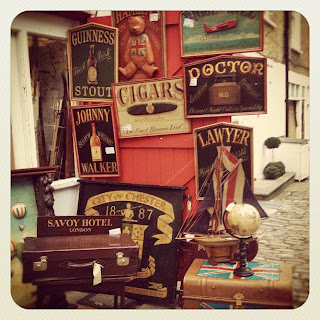 On the way back we stopped in a store that sold funky t-shirts and, I was hoping, grey coats. Although I didn't fiond the damn coat, I made friends with the store cat, who hang out by the cash register, sleeping on piles of t-shirts and being overall one of the friendliest cats ever. 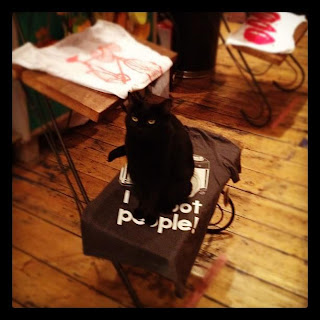 ﻿For dinner we decided to stay home since we kind of already had a bad lunch experience invoving a pub, a microwaved burger and a Brooke Shields sighting. Filippo asked me to make risotto and I obliged. A tiny catch: they were out of Knorr beef broth cubes, so I had to use Oxo's version. I was terrified. I mean, look at the freakin' box, for crying out loud. The broth turned out to be extremly dark and not too flavorful, but overall the ristto was good, if maybe a little off colorwise. 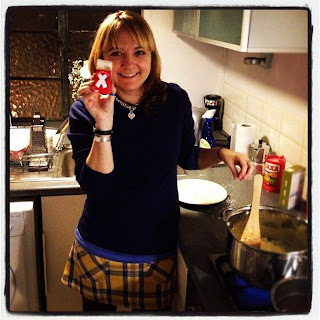