My third, and last, day in Paris was packed with walking and sightseeing. The weather was fairly nice and I decided to walk from the Latin Quarter to the Eiffel Tower. Normally it's a 5 kilometer walk, but I kind of zigzaged around, making it almost a 9 kilometer affair. Not that I'm complaining. I had to burn off some of the calories I had ingested the previous day, after all. 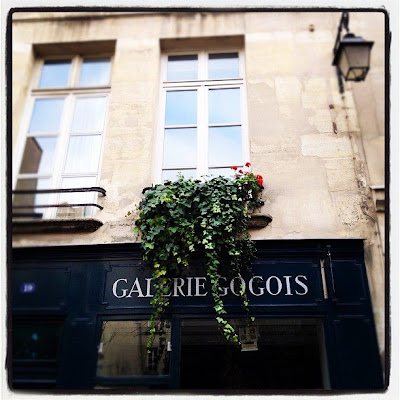 What I love the best about wandering around big cities, is that you never know what awesome little (or big) view awaits for you around the corner. I literally took hundreds of pictures of random windows and doors, which are my latest obsession. Don't ask why. It's something I've devolped last summer in Greece and I just can't stop. 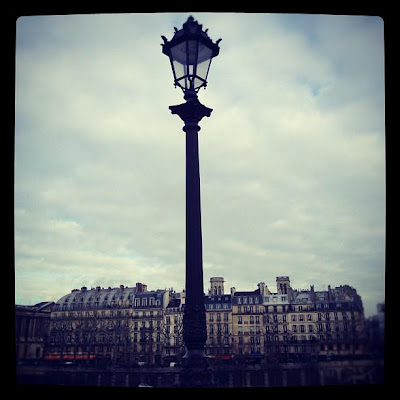 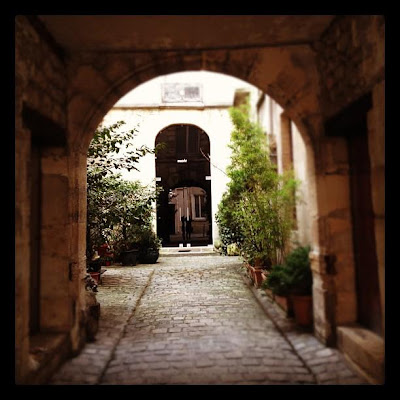 ...and then, when I started to feel hungry, I dove into a little brasserie by the Musèe d'Orsay and ordered one of my favorite dishes: entrecôte with french fries. As it always is, it was delicious and very satisfying. It would have probably been even better with a glass of red wine, but I was so freaking thirsty, only beer sounded good. 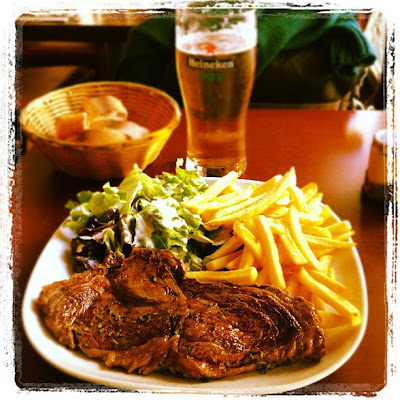 After lunch I finally reached my destination, where I took this self-portrait. One thing about traveling alone is that you can't count on someone taking pictures of you. 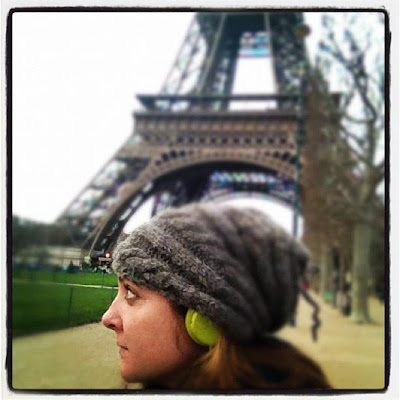 And that same night I was off. I went to the Gare du Nord where I boarded the Eurostar to London. I was very excited, both because I had never been in an underwater train tunnel and because I hadn't been in London since January of 1998. What adventures laid ahead?

If you want to see the whole picture album go here (and no, you don't need to be on Facebook to see it):